As a freelance illustrator i simply combined my two favorite things. Illustration and history. I read a lot of history related books and autobiographies. History itself simply writes the most significant stories and tragedies. And given the fact, that this was once reality, sends more chills down my spine than any other book.

It all began 1986 when they reported that the Titanic was found on the bottom of the ocean. My three year old self was so obsessed with the thought of an old ship, lying preserved on the bottom of the atlantic. Untouched and still „there“ after all those years. From there, i discovered history as a passion which never left me.

I also started early with drawing and painting. I simply never stopped and all my homework was filled with doodles and portraits. So naturally, I did go to an art school in Hamburg. Specificated in illustration to be precise. Before i found my destiny in illustration I was a sculptor with a tiny workshop. I have done restoration and lots of free sculptures. I switched from working with wood to working with clay. Every now and then I make a game and movie figurines for fun.

I truly believe, that it needs passion and love for what you do, to make great art happen. 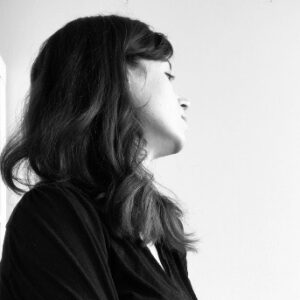 I am a professional illustrator and sculptor. I do graphic novels and illustrations with a (mostly) eerie or haunted themes. Occasionally I do some funny stuff as well.

Updates on my blog will be weekly and on my instagram page almost daily.

My Etsy shop is currently under construction – I will be updating when everything is ready to go and my artwork is available in the shop or at the Galerie.